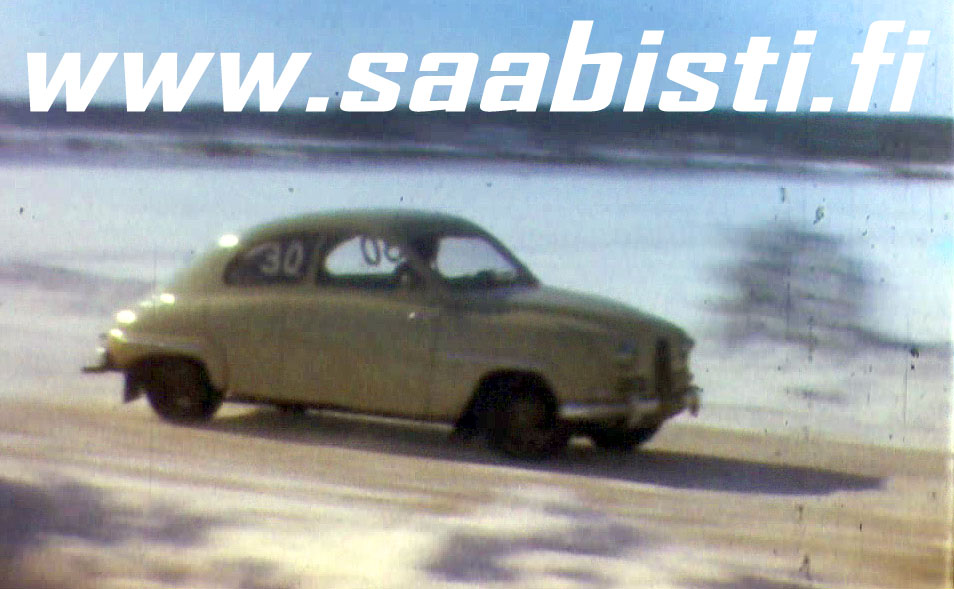 I have received some pretty cool “home videos” from Mikko Parikka (check the earlier post).

As I told before his father Sakari Parikka was a rally driver and mechanic. But he was also interested in filming home movies. As it happens – Sakari filmed a bunch of 8 mm films in 1960ies. And in color! No sound though, as it came later when Super8 film cameras came out.

But, there’s some pretty cool stuff here. I’m going to publish a bunch of films I have scanned and cut together. This is the first film – a collection of ice racing footage from the 1960ies. Sakari had a cream-colored Saab 93 which can be seen on the film, but there’s also footage of other cars, such as the Mercedes of Onni Vilkas.

I have scanned some footage of the Rally Of The Thousand Lakes 1962. I will edit and publish it next. (Hopefully in a few days or a weeks time).

But the real treat is four long reels of amateur film footage of the 1961 to 1963 Monte Carlo Rallies! Yes – Sakari had his camera with him on all those tours, and he used it. There’s some pretty rare footage on those reels and I’m thinking of editing them into a more cohesive story, with some background info included. So – publishing those will take a longer time, but I want to do justice to this material.