I met the club president Juha Lehtonen at the Saabclubs “October Swap Meet“. We had a short discussion of the project and he noted he had some parts that I might find useful. So a few days after the meeting I visited him on his warehouse and picked up a few needful things… 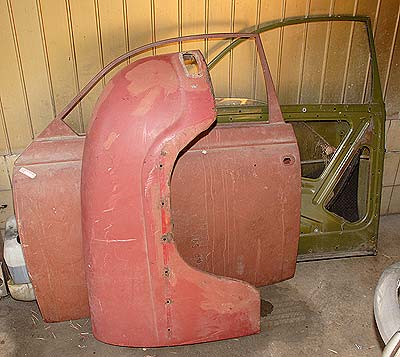 I got me a front right fender that’s in better shape than the original (needs some welding thou). Also a Saab 93 door and V4 door. 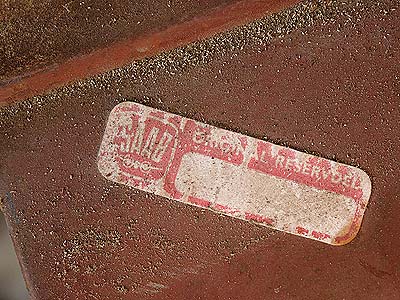 The 93 door is an original Saab spare part and in great shape! 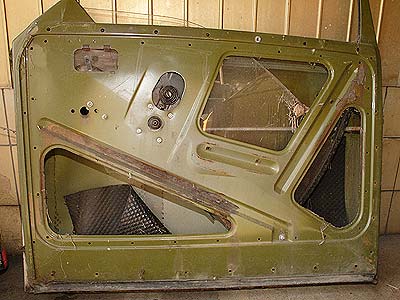 The V4 door (passenger side) is pretty good. I can use the outer panel and propably some other parts also to fix the original door, which is badly corroded.

Juha pointed out that the 93 door isn’t a perfect fit for the 96. The doors are pretty similar, but there are differences. So I will have to do some cutting and welding, but it’s a relatively minor job compared to building a door from scratch.

You can see the differences very well in the next photos: 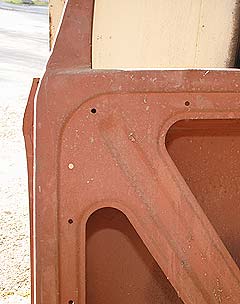 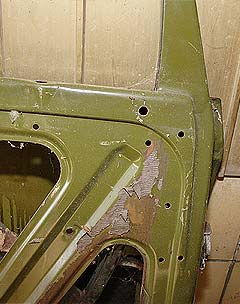 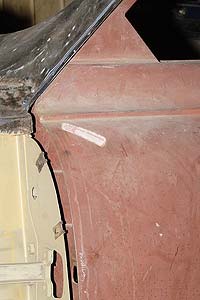 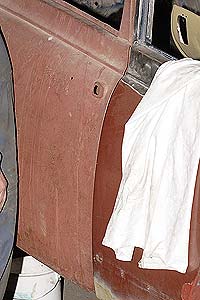 The front and the lower part of the door is a good match.

As the roof of the Saab 93 curves down more than that of the 96, the window frame is also a bit different.

But I need to do some cutting and welding anyways, so it’s not a big deal to cut a window frame from a 96 door.

I also got me a set of nice restored hubcaps! 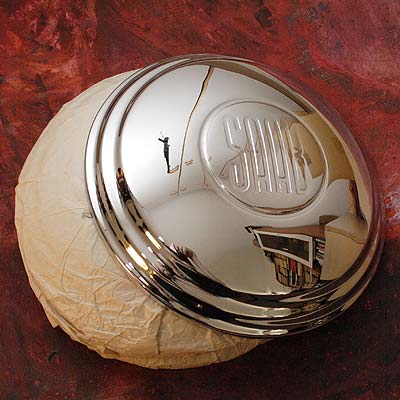 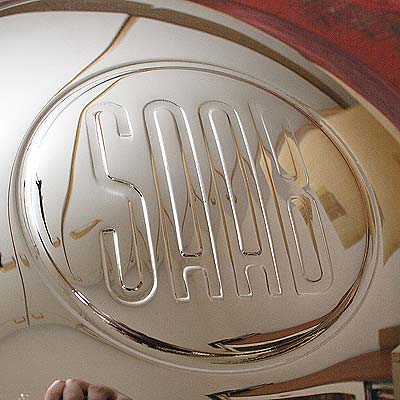 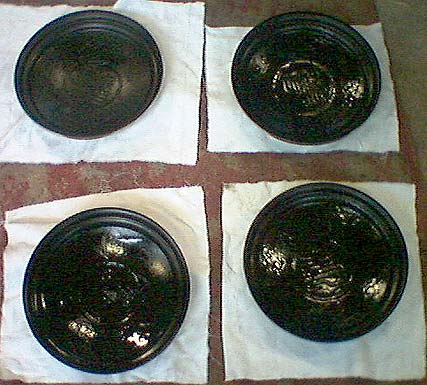 The hubs are not stainless steels so they need to be well protected against corrosion.