Attaching the front lip. Now the front of the car is ready for paint. After that I can start putting it together. 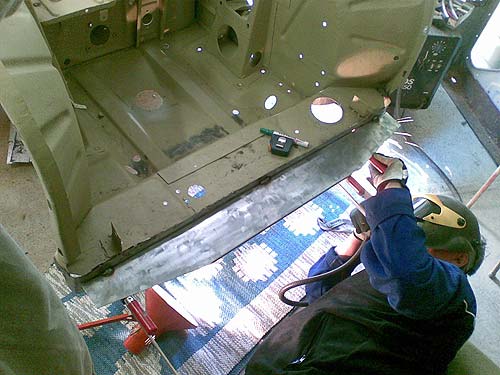 Since lot of the metal in the engine bay was replaced because of corrosion I wanted to be absolutely certain that the engine lines up properly and that it actually fits where it should. 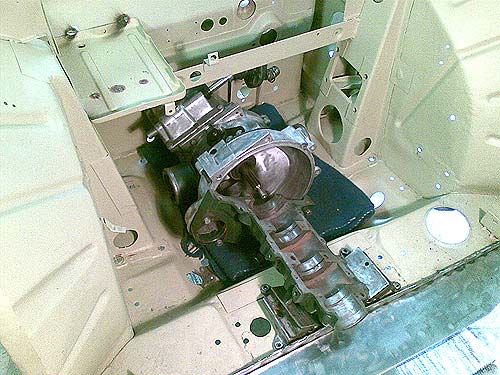 Also the motor mount screw holes were lost during repairs (the area around the engine mounts was replace with new sheetmetal). So we test fitted the engine (well, the bottom section) now, before painting the engine bay.

It was nice to notice that the one engine mount screw hole that was left lined up perfectly! So, using that as reference point we drilled new srew holes for the mounts. 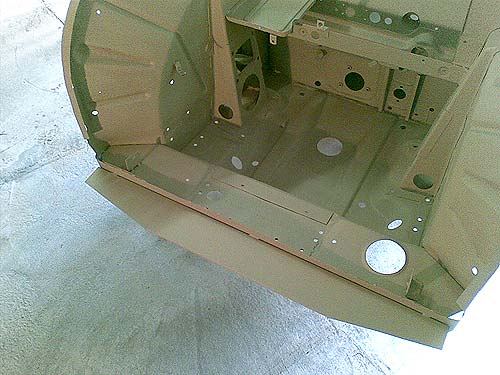 We test fitted the bumber attachments also, so now there should be no need to modify anything later. 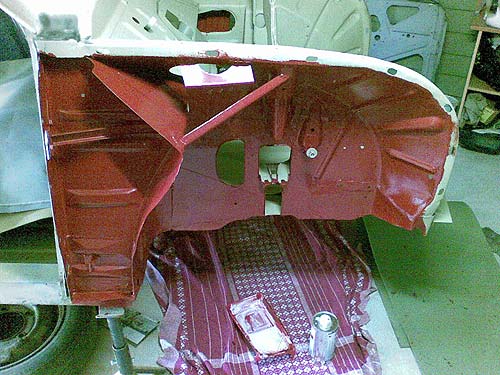 Some new paint. This is the middle layer of paint over the acid primer. On this, will be painted the light gray overcoat. 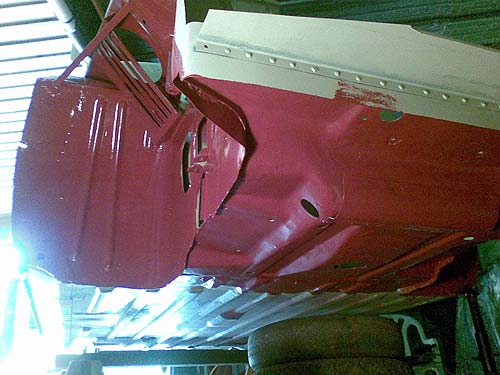 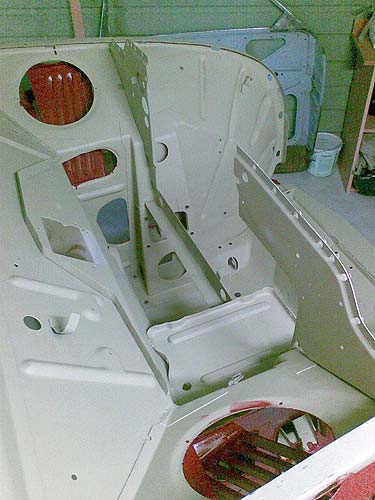 It’s always nice to get something somewhat finished, since there’s allways things on the “to do” list. Too much of doing the same stuff isn’t very motivating (like the seemingly never ending rust repairs on this project) so I tend start side projects to get a break. Sometimes they are small and nice and quickly finished. Others just seem to linger…

The important thing is to keep the side projects manageable and try to finish something (even small) as often as possible. That keeps the motivation up.

Well, here’s some stuff from the “to do” list: 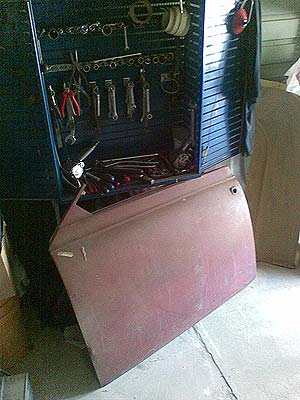 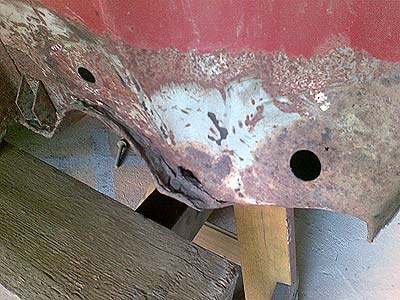 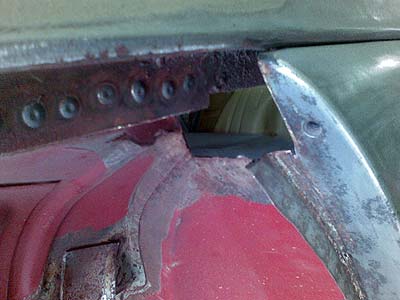 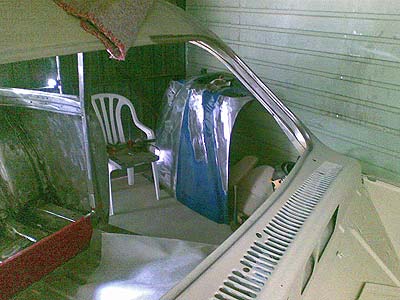