I have not have too much time to spend on the project lately, but we managed put the suspension more or less together.

We started with the rear end. Pretty easy stuff, except I had mislocated the plastic shims that go with the central rubber mount. But we finally found similar parts to replace the missing ones… 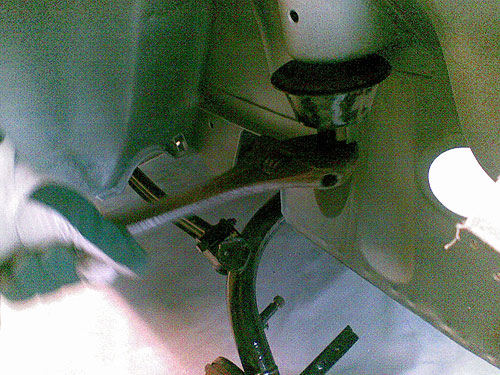 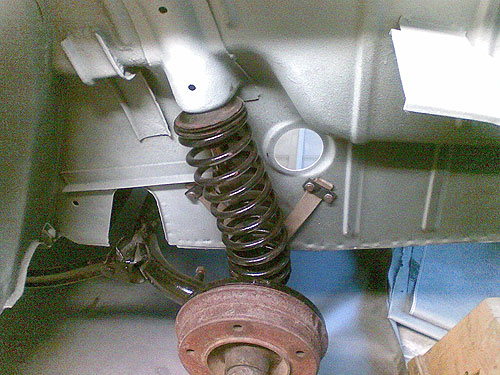 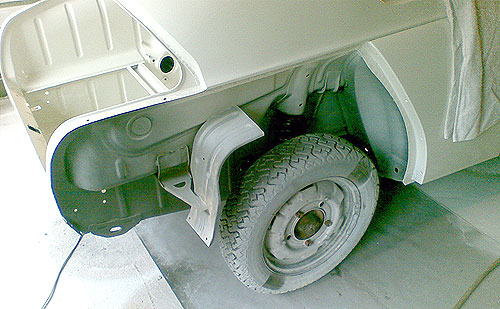 And the rear end on wheels!

The front end was a bit more tricky but all in all it also went quite smooth. 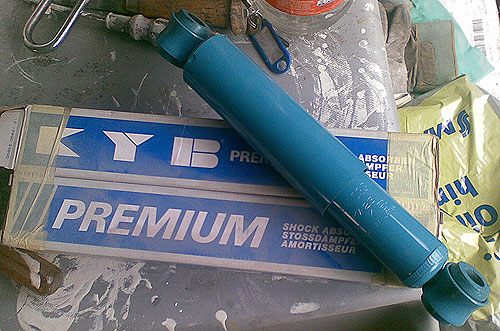 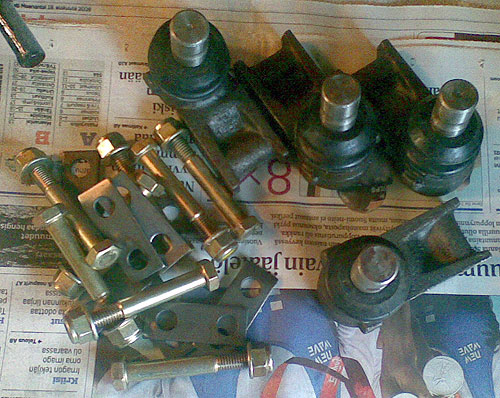 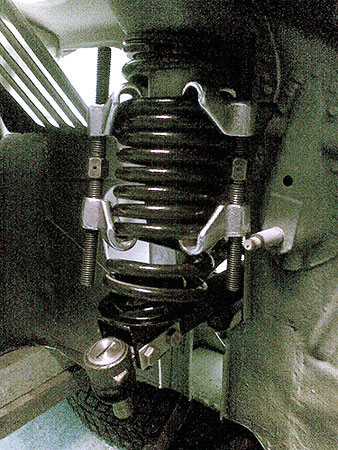 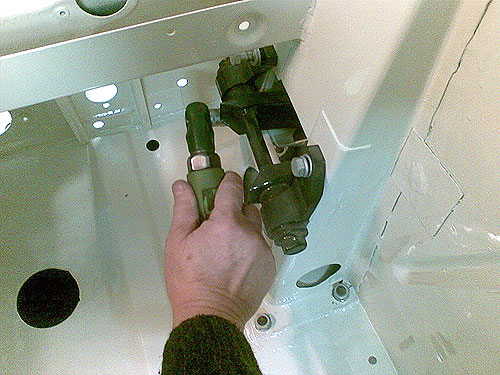 Tightening the upper swing arm bolts. I put on temporary spacer plates as the wheel and steering angles need to be adjusted later anyways. 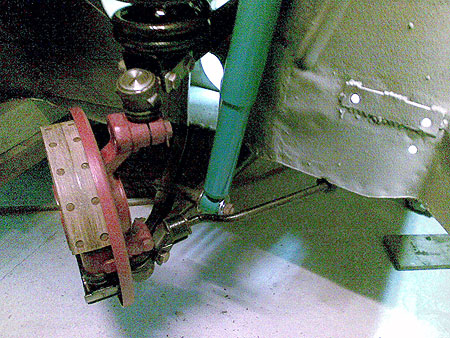 The front put together. All strokers and earlier V4’s had the stabilizer bar you can see in front of the shock absorber but for some reason later model 96’s didn’t have it (probably cut for saving costs…). 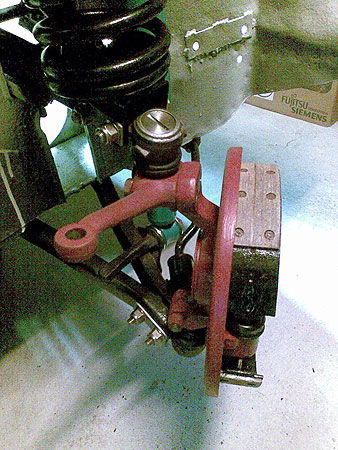 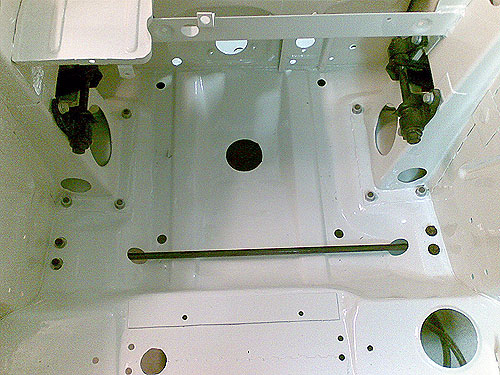