I found some nice parts for a V4. I think they will go to the 95 when it’s time. 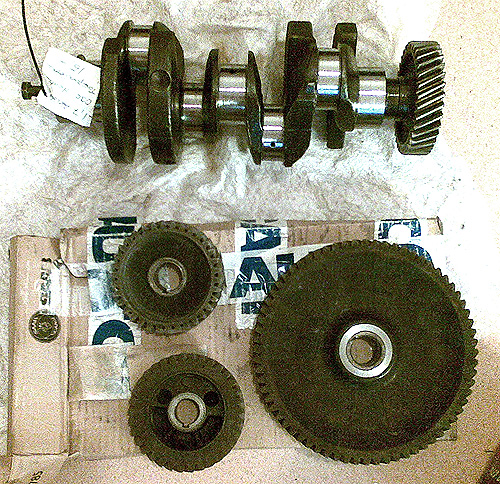 A 1.7 crankshaft and NOS timing gears. I got both at a very very reasonable price, so ofcourse I had to have them… 😀 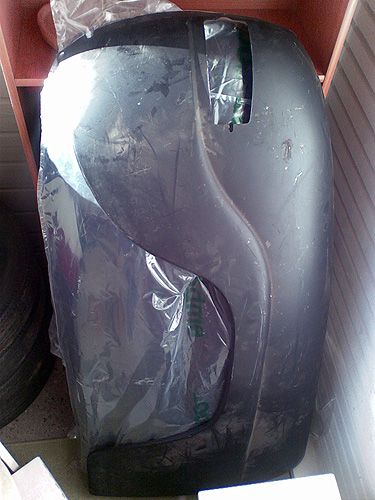 Also, new front fenders for a V4. I decided it’s quite enough if I piece together the rear fenders of the 95…

Ok, we did get a little snow the same evening: 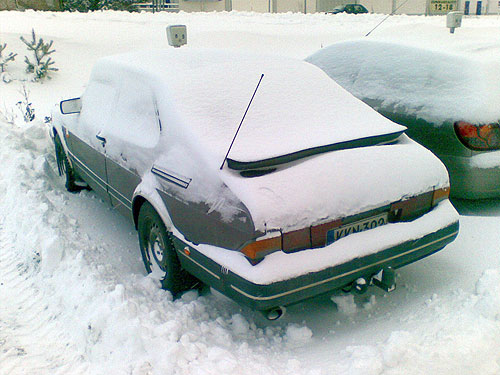 Nothing too dramatic here but in southern Finland there was a pretty bad snow storm (airplanes grounded, trains not running, etc.)

You may remember me fixing the heater unit, or the box that contains the air flow valves. This thing: 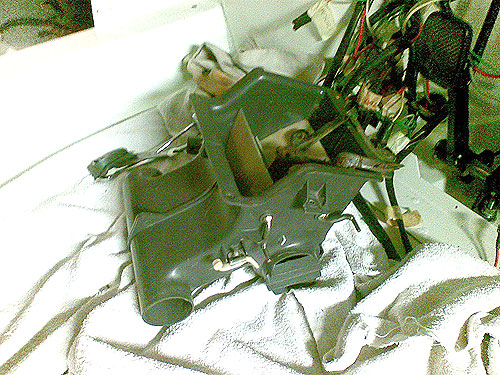 As it was the only grey plastic heater part I had, I naturally assumed it was the oldest one and hence from the ’64.

But actually it is from the longnose ’66 and this is the correct one: 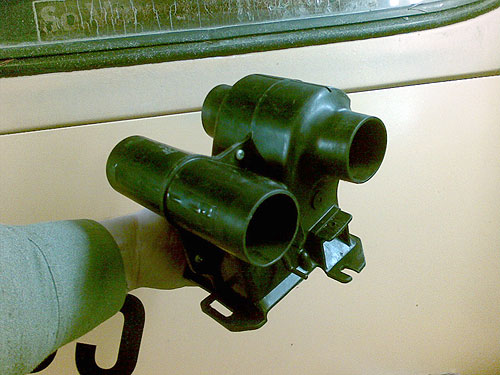 Black plastic! I assumed it has to be from a newer car and never looked at it twice before this. 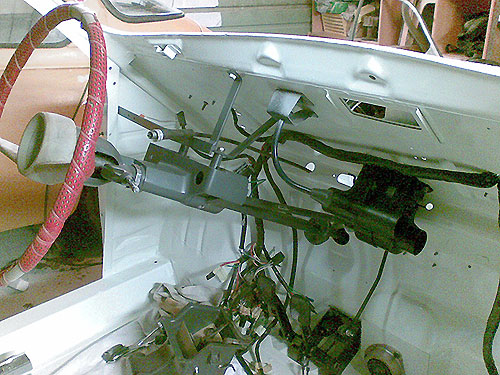 But all’s well, no harm done except one unnecessary part fixed… 🙂

The steering column is also in place, so the car now has steering. 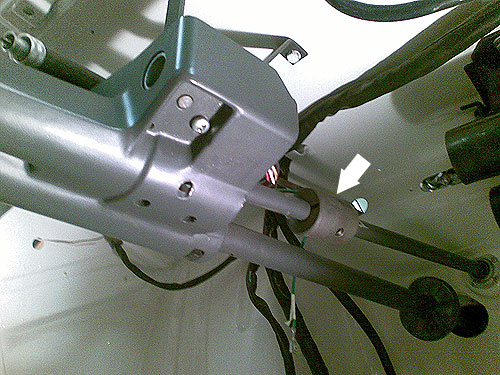 All gears seem to work fine. In the photo marked with the arrow is the reverse gear lock lump that goes inside the assembly… 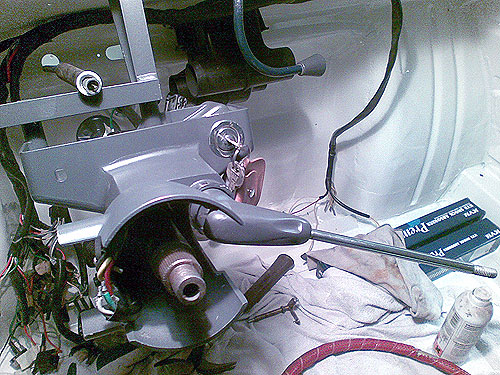 … so that when you put the gear in reverse and remove the key, the gear is locked in. So if you try to steal the car and hotwire it you only have reverse!

The lock is so strong, that if you try to force it off from the gear selector it only bends!

A few bits and pieces: 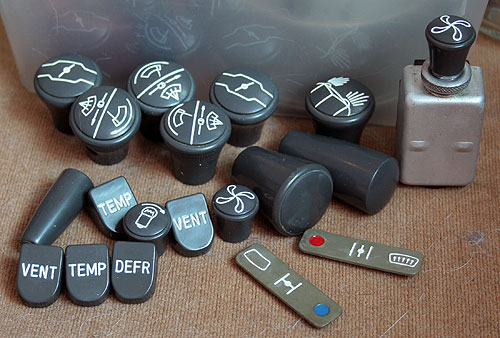 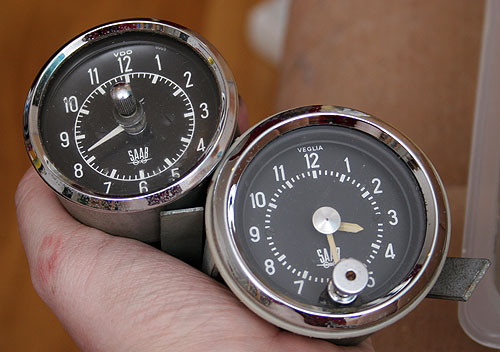 It’s a pity that neither of these really work but that seems to be the case with pretty much every Saab clock I’ve seen. I don’t know if I will have them fixed but I do know that I’ll fit the VDO type in the car as it is a bit nicer design than the Veglia.

I think Saab used mainly VDO instruments but at some point they had problems getting them and used Veglia instead.