We did some more work on the exhaust system. The front expansion chamber was made earlier and modified for twin exhaust pipes according to the Haynes manual. The next job is to modify the rear silencer for the twin pipes.

Here’s a picture of an original two stroke rear silencer:

There are perforated walls at both ends of the expansion chamber. Behind the walls is some wool for silencing effect (I’d presume it’s for reducing resonance). 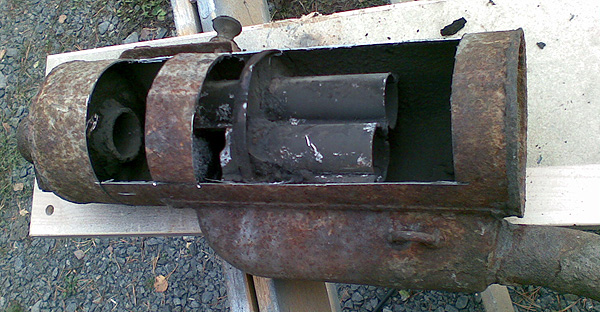 But, as it turned out, our cheap V4 rear silencer is constructed a bit differently: There’s no perforated walls at the ends and no wool: 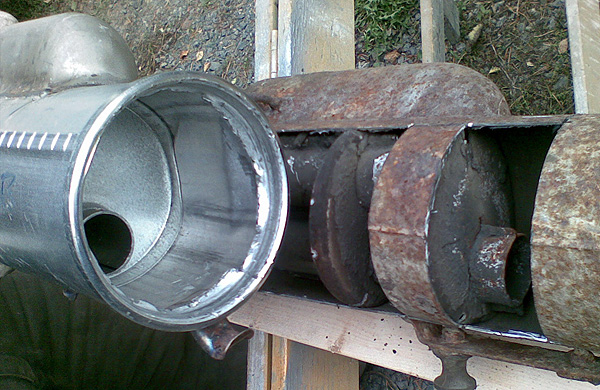 This makes the modification easier – we just removed the endcap with the single pipe: 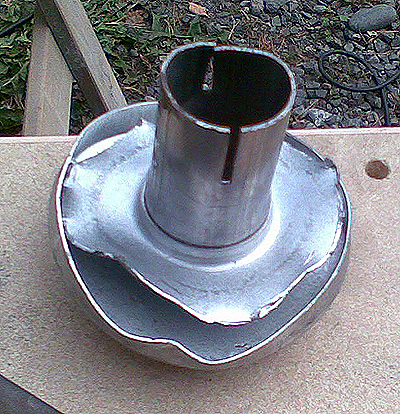 And constructed an endcap with twin pipes: 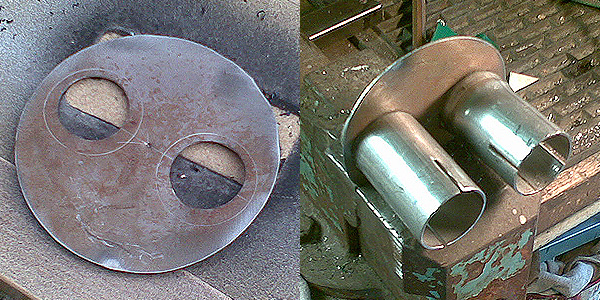 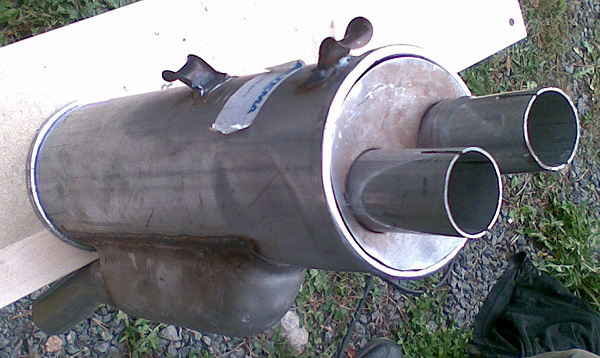 I think I will drill a few extra holes to increase flow (location indicated by the red dots in the next photo). 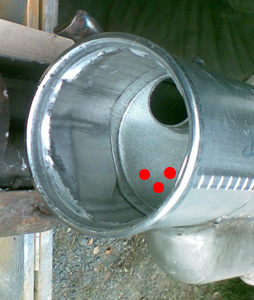 I bet the exhaust sound will not be very quiet…

I did a little work on the heating system also. The original heater valve was shot, so we bought a new one – a generic model (there are some original valves available they cost a bit too much). 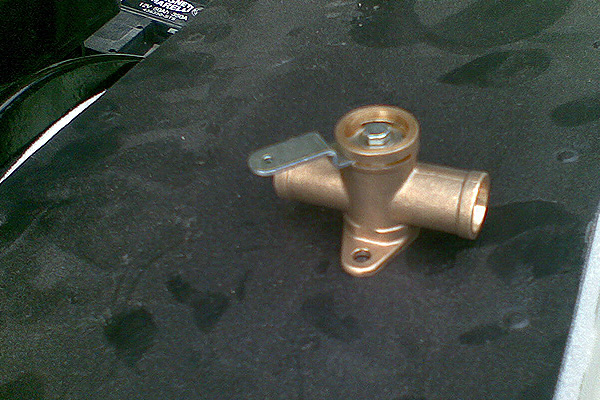 Attaching the new valve was not that straightforward since the construction is completely different from the original.

I closed off the hole in the firewall for the original valve: 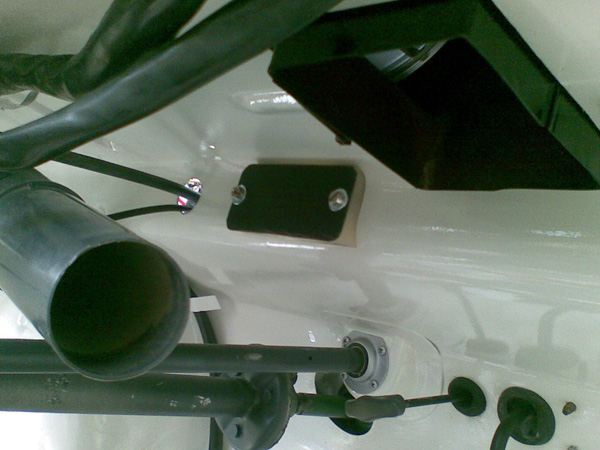 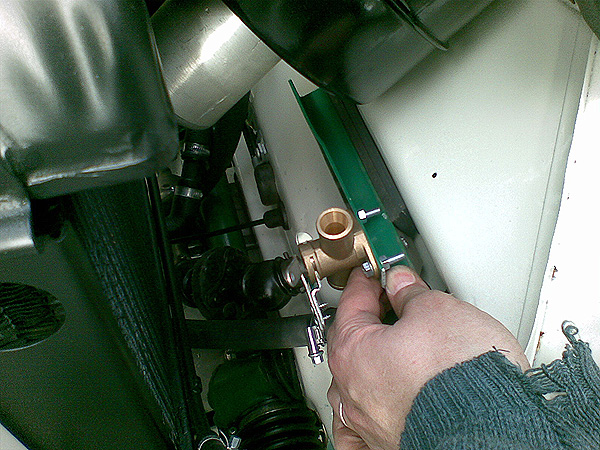