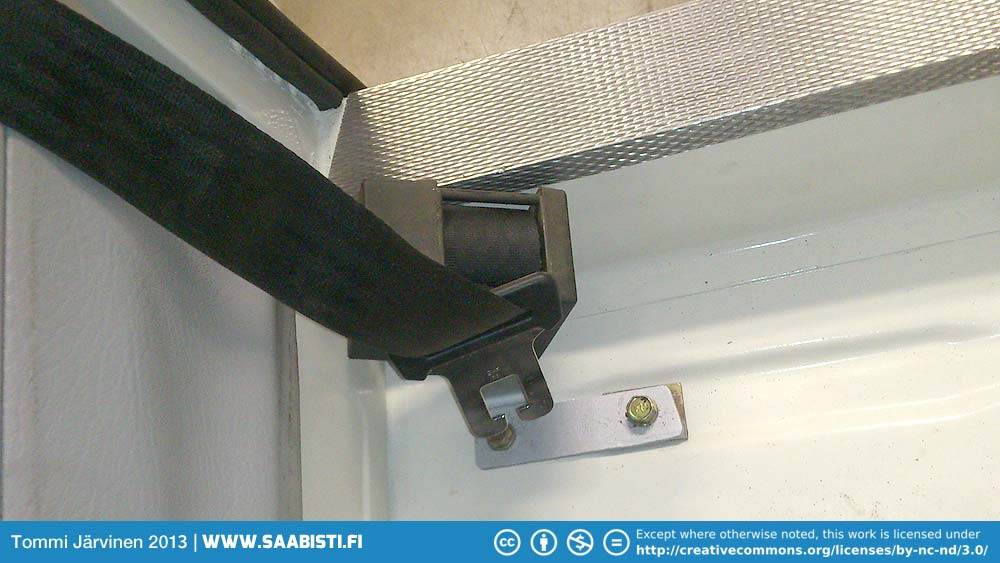 In anticipation of next summer I decided it was time to put seat belts on the ’64 Sedan. I do have some original two-stroke Klippan belts but decided to spare those for the Sport.

What I do have plenty are V4 seat belts (of the retractor reel type). I decided to use back seat belts for the stroker. Those are pretty particular of the angle they are installed in. If the angle is wrong the retractor simply will not work. So I used the original attachment irons modified a little. The whole installation was done with some recycled V4 parts 🙂

The way the belts are installed now means that they are a bit different to use than the regular V4 seat belts. The retractor roll is attached to the “lap belt” and the “shoulder belt” is fixed to the rear window frame. This means that in order to loosen (or tighten) the belt you need to loosen it from the lap. The over the shoulder part is rigid.

If a collision happens the retractor will lock down instantly so there is no danger of the shoulder belt strangling you. But it takes some getting used to as one instinctively tries to adjust the over the shoulder part…

The setup was partly dictated by aesthetics. I did not want to drill holes in the B-pillar to fit the belts the V4 style. If the car is parked the belts are pretty much not visible at all.