Damn! I just got the B105 running again and had an accident only a couple of days later.

Well, just a little “fender bender” but totally my own fault.

Actually it was quite a “lucky” accident in the sense that, even though I rammed my friends 1975 Saab 95, the damage to the 95 was very minor. It only suffered some paint loss to the trailer hitch. Thank the gods for that, I really don’t want to think that the damage could have been much worse and very difficult to repair fully…

Eventually I offered a bottle of nice vintage whiskey with a very sincere apology for the damages and it was gracefully accepted. 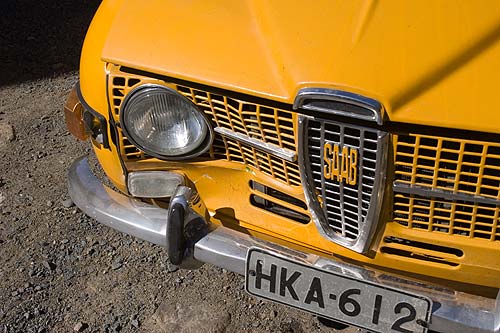 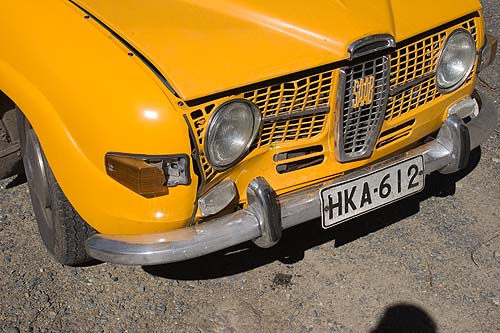 I still need to paint a few bits and pieces, but other than that, it is now just the matter of putting it all back together.

Here’s some more pics of the repair: 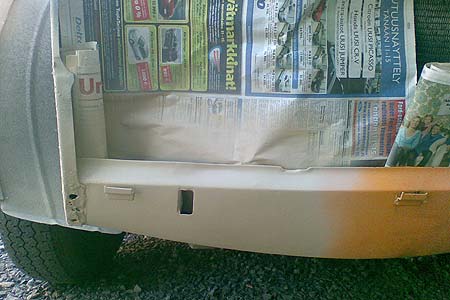 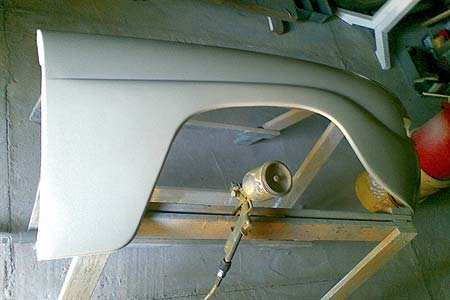 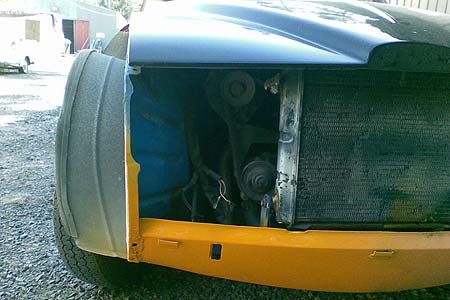 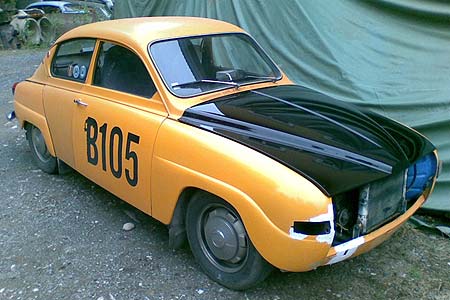 I thought about changing the color scheme a bit, but ultimately decided to stick with yellow. 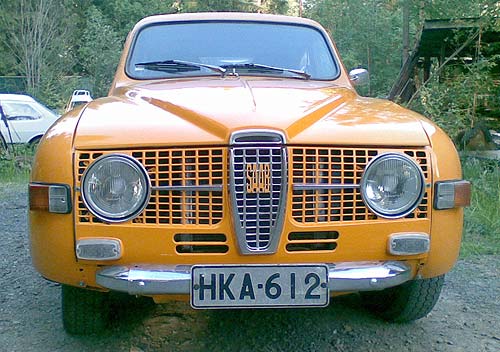