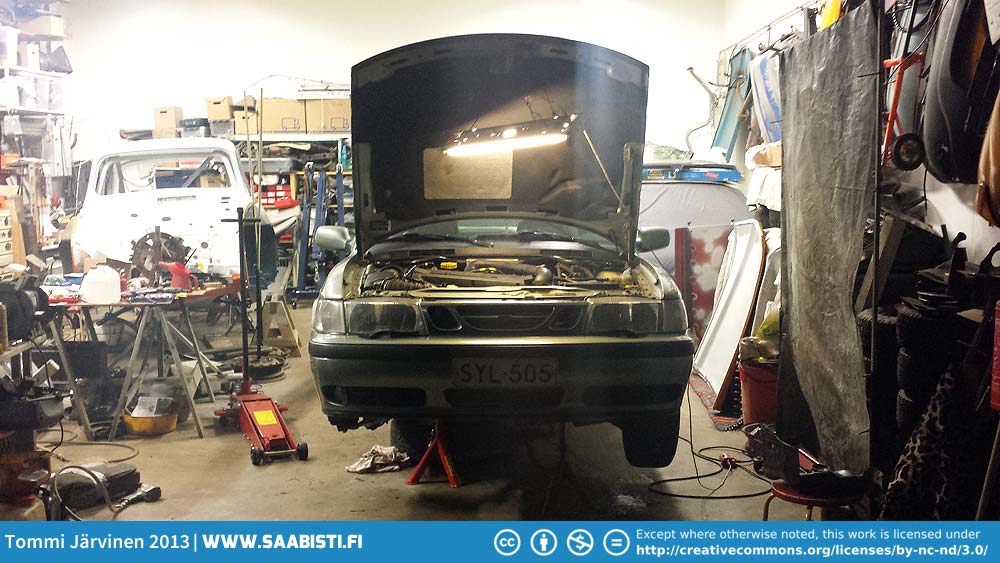 During the past two weeks and last weekend I have done some basic maintenance stuff on the 9-3t I bought a while back. As I plan to keep the car for a few years I decided to fix a few issues – namely the brakes (squeaking), timing chain (rattling), and a little rust on the floor pan. It was also convenient to put in a new water pump and drive belt since most of the engine was going to come a part anyway.

The next order of business will be a stage 1 Biopower software. I’m also going to put in some new poly bushes at front. Should be fun to drive after that.

Oh. And say goodbye to the 900. I parted it out and many of the somewhat rare accessories and parts now live on in other Saabs.