We have been working on dismantling the spare parts ’66 longnose, but also the engine is nearing completion. Here’s couple of the latest pics.

We are expecting to hear it run pretty soon!

Again I have to apologize for the picture quality, these cellphone cameras are pretty useless. (update 2007-01-10, better photos added) 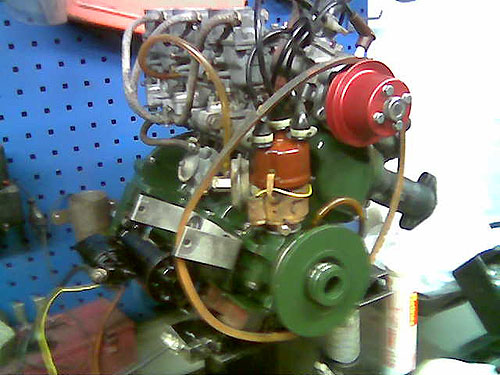 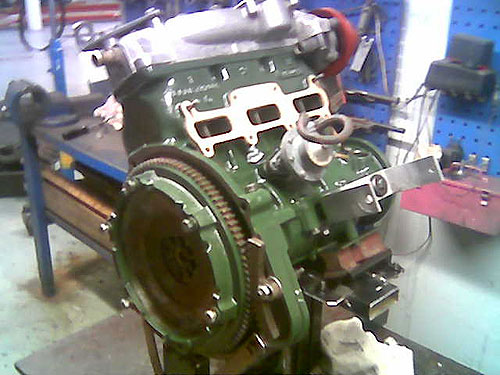 There will be some differences compared to the original setup of the ’64 model: The engine is actually the 1966 triple carburetor version with some modifications. The starter, distributor and carburetors are standard, but the alternator will be from a Saab 99 (more output than in the original). Also the propeller was removed as the radiator is actually behind the engine in the ´64 (will need an electric fan). The expansion chamber is the “Sport”-type, which should give a little more power than the regular type. 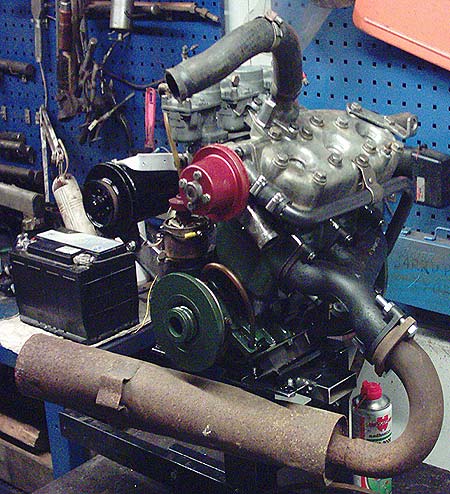 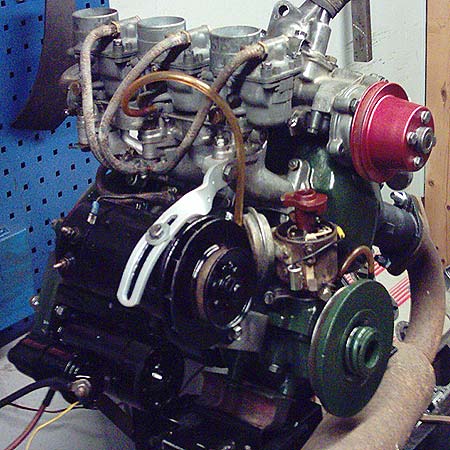 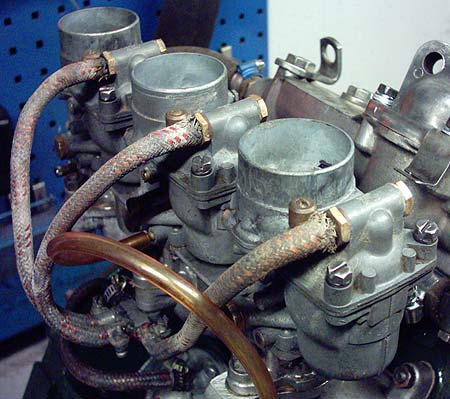 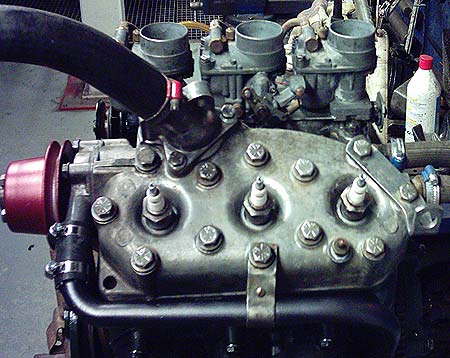 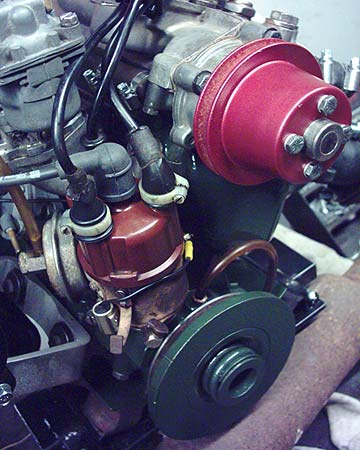 I have also the crankshaft of a Saab Sport waiting to be repaired (needs new bearings and a little modification to fit) and later installed to this engine.