The Stroker front wheel angles needed some adjustment because we had a couple of problems that needed to be sorted sooner rather than later.  (Ofcourse I will have the angles better adjusted  later.)

Both wheels had a huge positive camper (the top of the wheel is farther out than the bottom) which caused two problems:

The steering arm went too far when the wheels were fully turned in and touched the body. 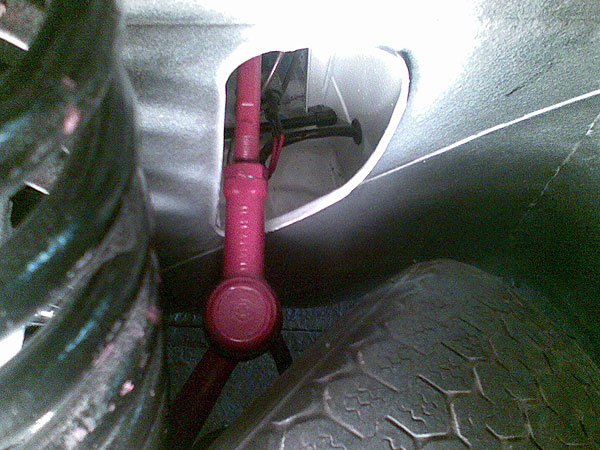 And on the other side the brake hose would be pulled too tight. 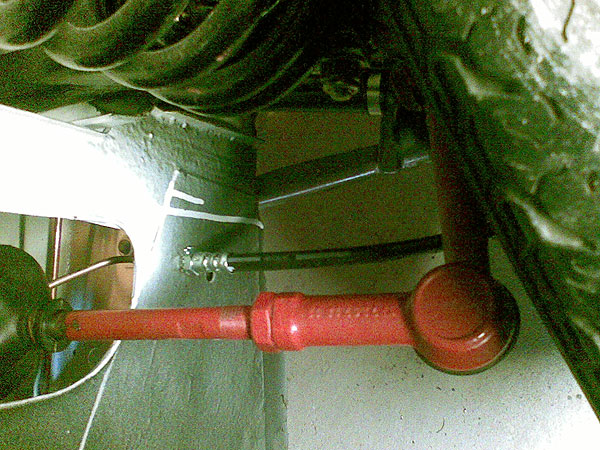 On Saab 96 the wheel angles are adjusted by adding adjustment plates under the upper wishbone attachments. Adding plates will decrease camper. 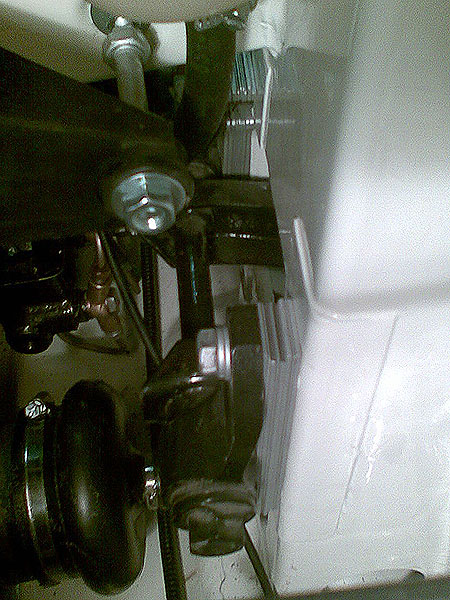 I needed to put a total of 12mm of adjustment plates on both sides to get the wheel straight. This may sound much but it’s actually pretty much the same amount of adjustment the car had when I got it. The jigs and welding back then weren’t that precise…

But the plates did the trick and we now have good clearance on the steering arm, the wheel looks pretty straight and the brake hoses aren’t too tight. 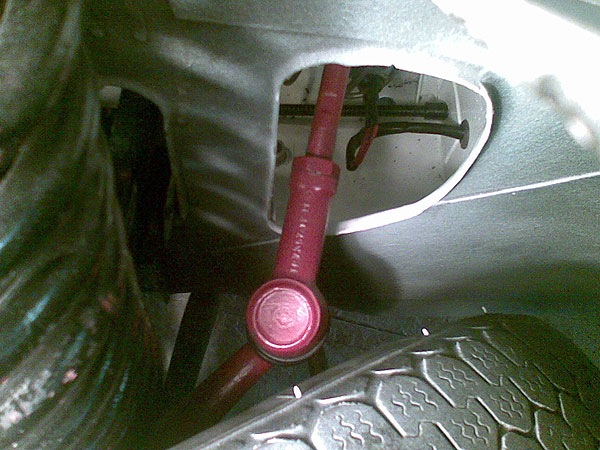 I also attached the handbrake lever: 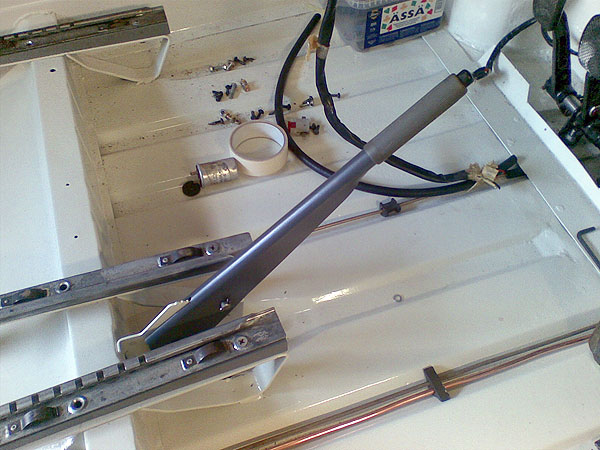 And the fuel filler pipe: 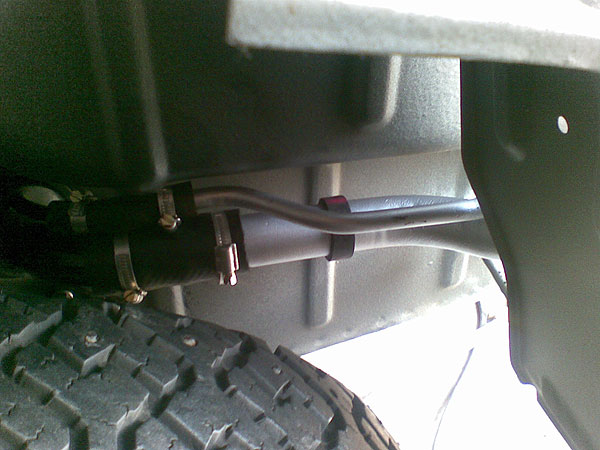 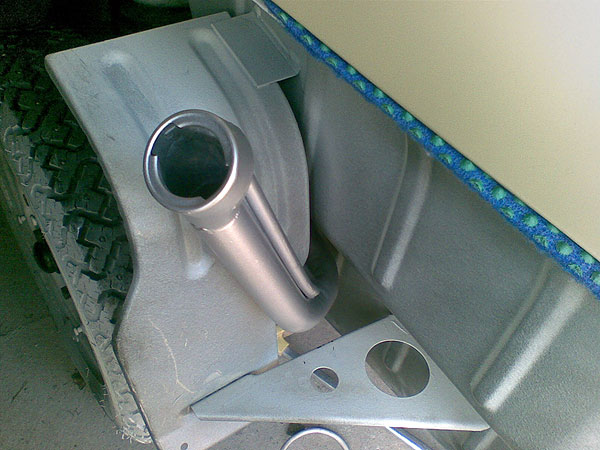