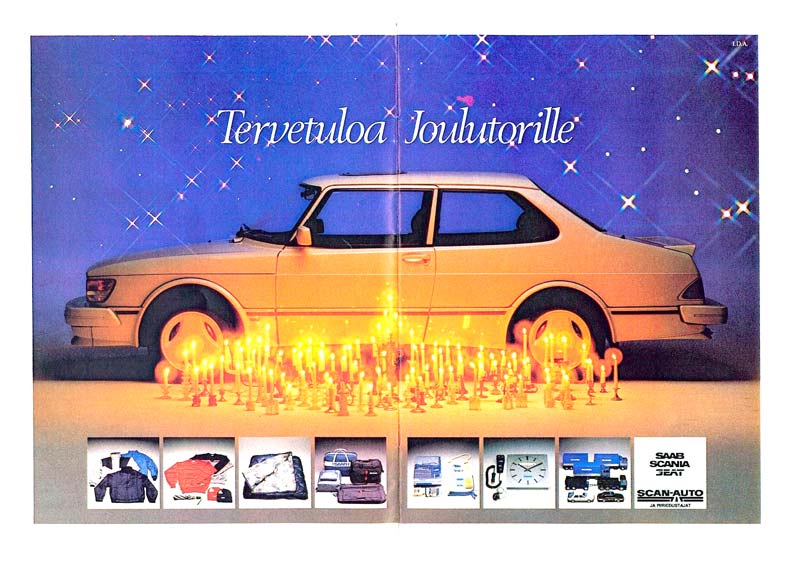 Weasel is a small and agile predator, which is usually brown in colour. In winter, however, Weasel colour changes to white, to better adapt to the winter landscape.

SAAB 90 represented a true baseline model with virtually no options or accessories available. Incidentally Tuulilasi (“Windshield”) magazine held a competition in 1985, in which the idea was to equip a low-cost base model with accessories worth up to 10 000 Finnish marks – the audience would then decide the winner. SAAB importer Scan-Auto decided to seize the opportunity and entered the competition.

Scan-Auto fitted a SAAB 90 with Airflow-kit, SAAB 900 Aero’s three-spoke wheels and put a Turbo wing on the boot lid. The entire car was painted white – including bumpers, mask, mirrors, door handles, rear light frames, etc. Inside, a SAAB Turbo leather steering wheel was fitted, along with centre console with additional instrumentation, and also SAAB speakers. The package was complemented by the Finlandia sunroof. The engine remained original, so despite the cool appearance, the car lacked any real performance. “Lumikko” won the magazine competition.

Scan-Auto Tampere later made a very limited series of “Lumikko”, a total of 10 cars. The cars lacked the sunroof, but they did have “Lumikko” badges on the front fenders that came from the truck refrigerator units that Scan-Auto also sold.