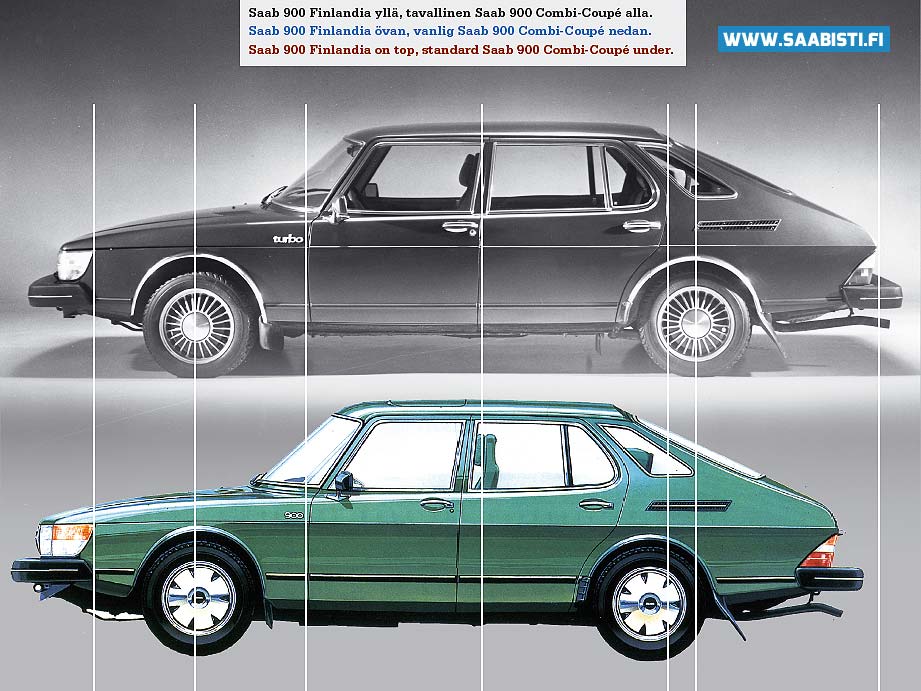 The SAAB 99 Finlandia prototype was made in the Uusikaupunki car factory in 1976. It was based on the standard SAAB 99 Combi-Coupé. The body was lengthened some 25 centimetres by adding an extension piece in the middle. The model quickly got the nickname “saunanikkuna” (“sauna window”) because of the small extra window between doors. The production of the lengthened SAAB 99 started in 1977 when a total of 23 Finlandias were made.

The very following year 1978 the model was further developed, and the sauna window was abandoned. Both doors, front and rear, were lengthened by 10 cm each. All in all, the car was then 20 cm longer than a standard Combi-Coupé.

Both Uusikaupunki car factory and the Swedish headquarter were also interested in developing a long SAAB 9000. A prototype was made, which was 15 centimetres longer than a standard 9000, but the project dried up with GM’s acquisition of SAAB. The prototype is on display at the Uusikaupunki car museum.

Uusikaupunki car factory also manufactured a prototype of a genuine SAAB 900 limo. Apparently, it was never seriously considered for production though. However, the car was fully functional and it was seen in special events. All in all, it was 70 cm longer than the basic model and inside there was a room for seven people.