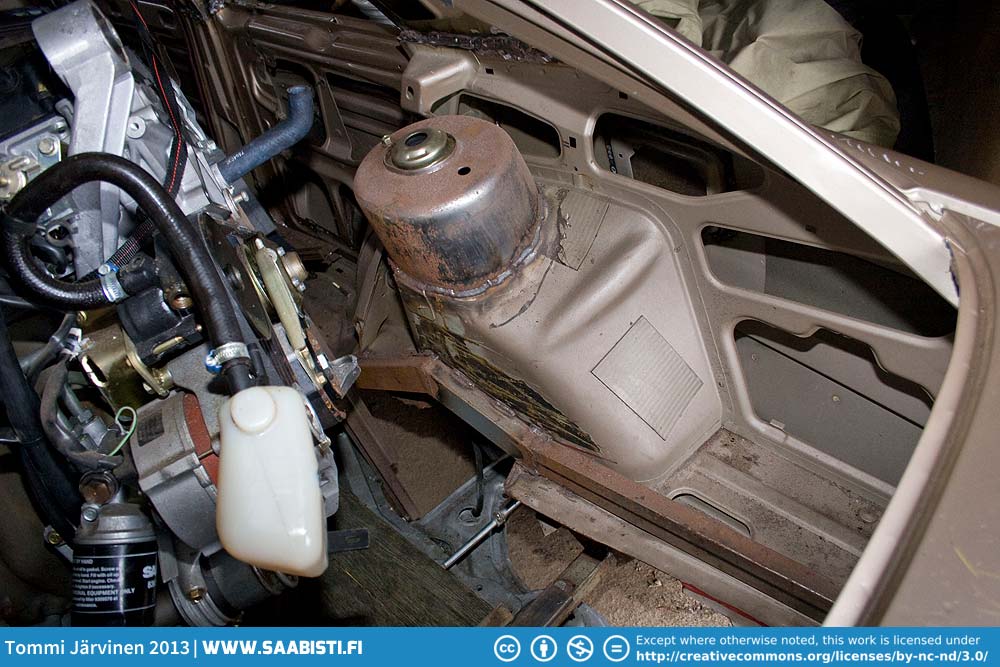 I have written previously about the Saab 900 Turbo M racing series here in Finland:
http://www.saabisti.fi/miscellanea/rare-saabs-the-finnish-specials/ (end of the page)

And there’s also the post on Saabworks.fi with some more photos:
http://www.saabworks.fi/car/saab-900-merkkiluokka/

The Turbo M racing series was quite popular back in the eighties. There were about 45 cars made in total (according to some info I have found, but I cannot verify that 100%). Most of these cars still survive today as they are easy to maintain and cheap.

Even though the 900 Turbo M was based on the lightest possible Saab body at the time (two door sedan), it lacked in performance as a front wheel drive T8. Some people at the competition department at Saab-Scania factory in Uusikaupunki (where the 900 Turbo Ms were prepared) thought that making a race car of the 900 was pretty much useless. They figured that the (then new) Saab 9000 would have been a lot better starting point with the T16 engine.

These days the whole design process would be done with computer modeling, but at that time (almost 30 years ago) it was all “cut and paste” in real life. They took a pristine Saab 9000 body from the production line and started to figure out how to make it lighter and handle better. The following photos are of the very first proof-of-concept prototype. It’s very crude and not finished, but it’s really easy to see, that this could have been a real blast to throw around a race track. 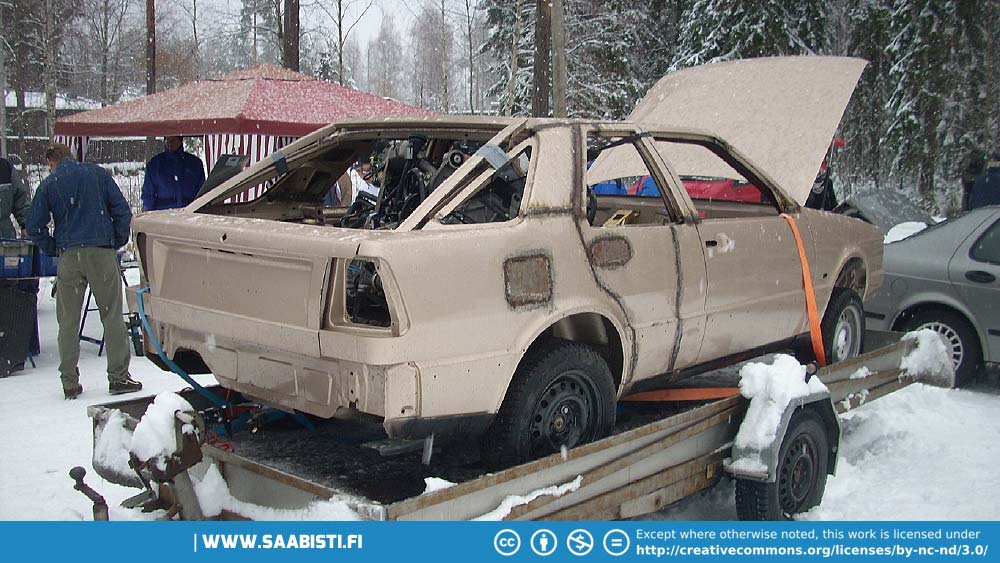 Several modifications to the body were decided. The most visible one being that the car was converted from a four-door to two-door to save weight. Also they figured the roof was unnecessary high so the car was chopped by more than 5 centimeters. Basically only the bonnet and front fenders were left stock.

There’s no documentation of what the competition department was thinking, but I’m thinking it would have been very easy to replace some of the panel work with fiberglass to further lighten the car.

As I said it’s a proof-of-concept state prototype and a crude one at that. But if the modifications had proved succesful I’m sure proper panel presses and jigs would have been made for production.

The handling and performance of the production Saab 9000 were excellent for its time, but it was not a racecar. To make the suspension more adjustable the team decided to put a McPherson type suspension at the rear also. It seems the easiest way to do this was to fit a Saab 9000 front suspension in with the subframe and all. So they proceeded to cut off the whole rear compartment floor and welded in pillars for the McPhersons and attachment points for the subframe. Essentially what you then had, was a fully adjustable suspension front and rear.

But the “madness” didn’t end there. Now that you had basically the whole engine cradle and subframe in the rear also, why not make the car rear (or mid) engine? Putting the engine above the rear suspension and slanting a little forward would improve the track handling. And the extra weight on the rear axle would improve acceleration immensely. The logical step then was to throw a 2.0 litre “long-block” T16 in the back. With the stock 175 horses and with plenty of tuning potential it would surely give the Saab 9000 Turbo M respectable performance and handling.

But as some other interesting projects this one was never finished. As Saab was sold off to GM, the competition department at Uusikaupunki was shut down. All the shop machinery and what ever projects or parts were left were sold off in an auction. The Saab 9000 “Turbo M” spent several decades in private hands. I saw it a few years ago in a Saab-Club Finland meeting where it found a new owner. I have no knowledge if the current owner has made any progress on actually finishing it and putting it on track.