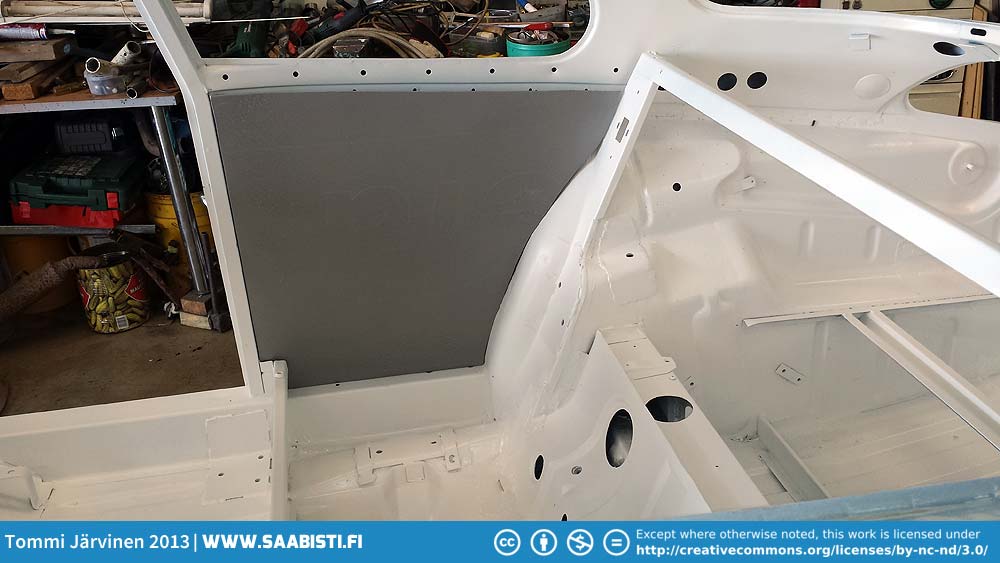 I have not had too much time to work on the 96 “Rally”, but there is some progress.

The rollcage was test fitted. Coming from a different Saab 96 it was not a straightforward bolt-on, but took some hammering, drilling, and welding… But all in all it went in easier than I thought it would.

When the fitting was done I painted the rollcage gray. We also made the box-in plates for the trunk area. We had some old aluminium advertising signs that we cut to shape and painted gray also.

Rest of the interior was painted white. Basically the engine bay, cabin, and trunk will be white. Outside will be painted loosely to resemble the “North State” Rally Team theme that Antero Laine had on one of his cars back in the seventies.