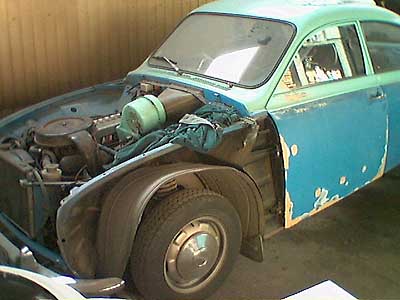 In the spring of 2005 I got an idea: Why not fix the Saab and use it for our company advertising. I suggested the idea to my partners, and it was quickly accepted. 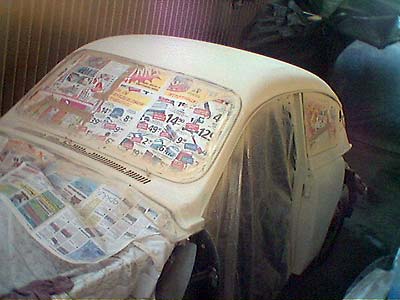 Dismantling the car was a breeze, since we (my father and I) have done it many times before. There turned out to be quite a bit of welding to be done and ofcourse the complete respray of the car. 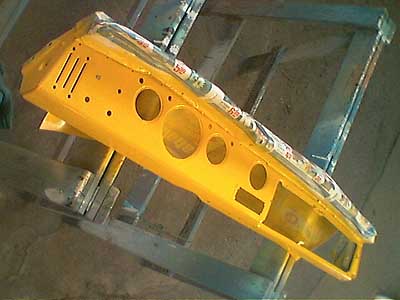 I tested the color on the dash and it looked great. 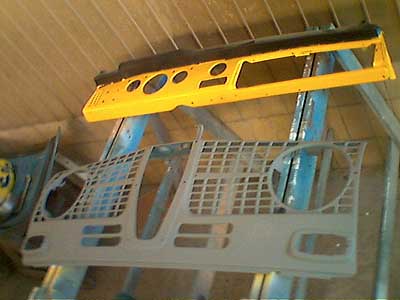 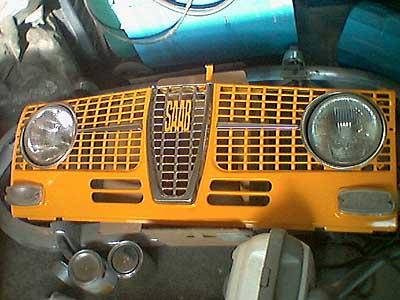 The mask and the dash are from some longnose stroker. 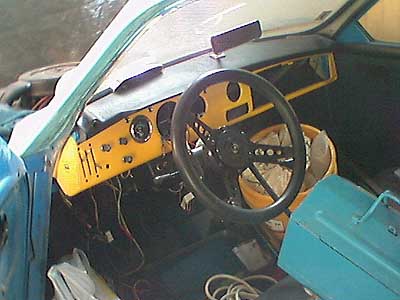 Dash in place. Note the rear view mirror on the dash (as it is in the twostrokers). 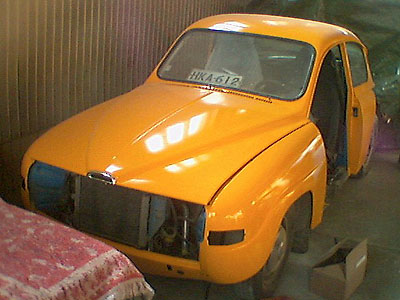 The body mostly painted. As before, I did almost everything with my father (he’s a car mechanic and has a huge amount of experience with the 96). He did the welding and I did the painting. 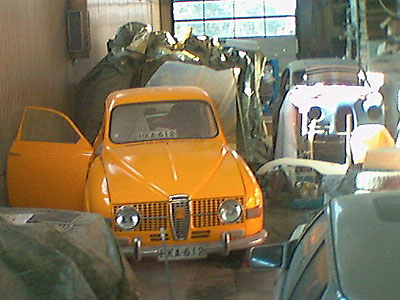 The engine compartment I will have to leave for later. It’s such a huge job to strip, clean, paint and assemble again, that I simply don’t have the time. 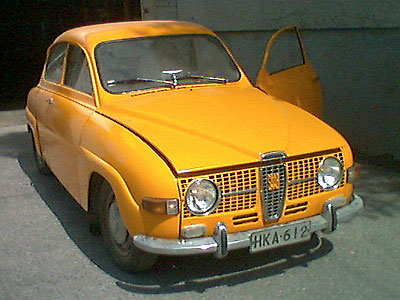 I opted for the “clean” look (as I did the first time), so no lists or badges were put back on. And I only put in one rear view mirror, on the drivers side (The rear visibility is practically zero). 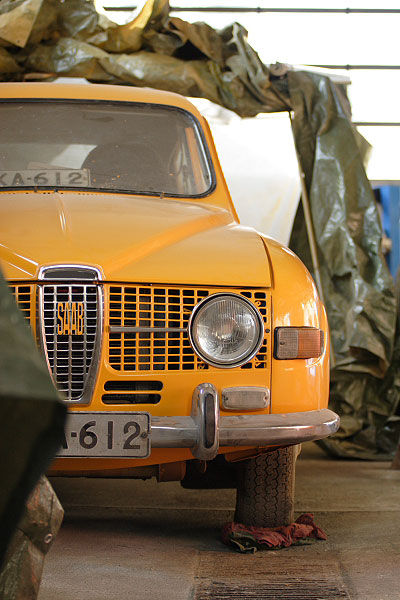 (still in proggress)After the exterior was done, I started to think about doing a new interior, that would match the new color of the car. 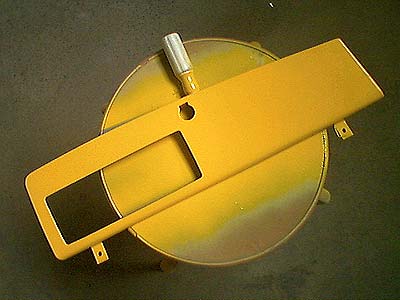 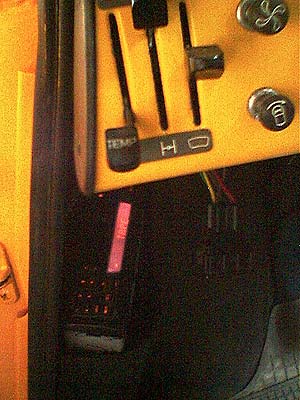 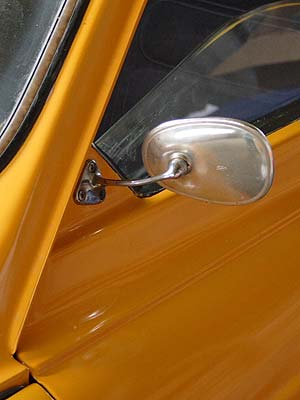 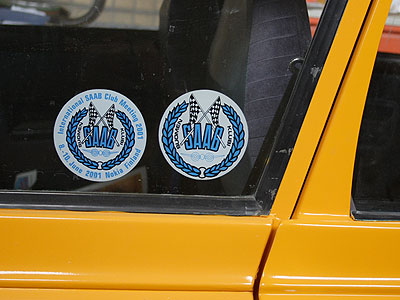 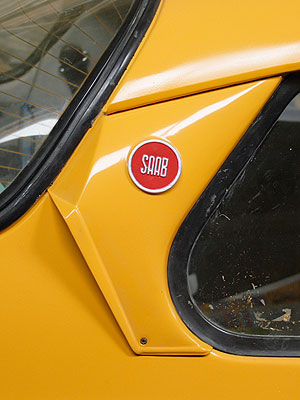 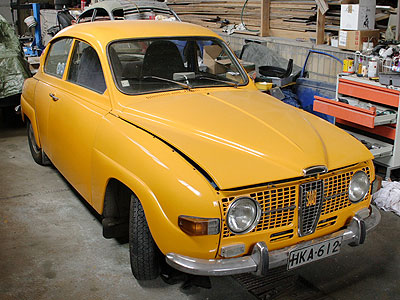