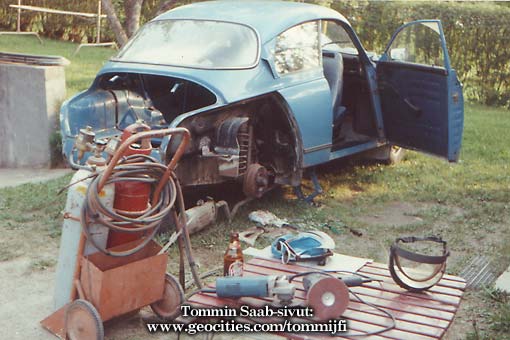 My Saab Hobby started in 1990 when my grandpa had to give up driving due to old age. His car -a 1977 Saab 96- was in pretty good shape (low mileage) and I needed a car since I was going to get a drivers licence pretty soon. I had actually dreamed of something a bit different, but ended up paying £100 for the Saab (very very cheap). 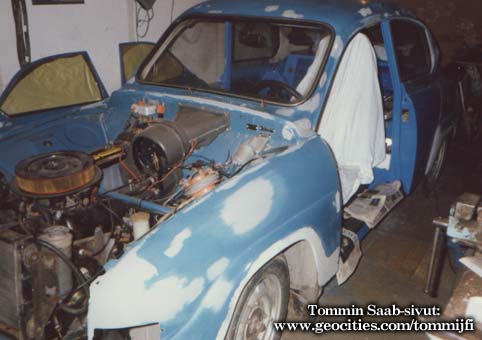 At that time I actually thought that it was ugly as hell, so ofcourse I had to do something about it. The car was stripped almost bare and painted inside out. There was very little rust (something of a rarity for a car that old, especially in Finland since the roads are salted in the winter time) and the job was relatively easy. The engine was also checked (excellent condition). 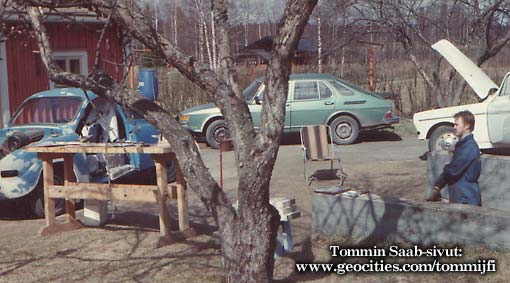 I propably had more enthusiasm than skill those days (actually, that’s still the case) but my father has a lot of experience with different Saab’s, and was willing to help. Thanks to him, we finally got the job done. 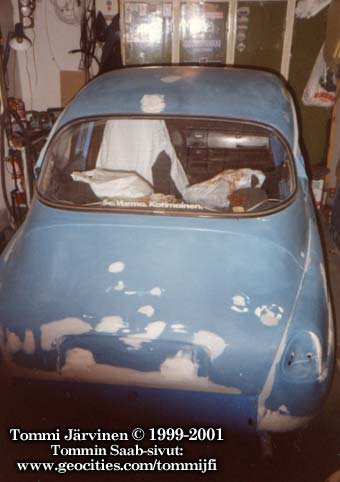 Most of the work was done during one summer on the backyard of my parent’s house. 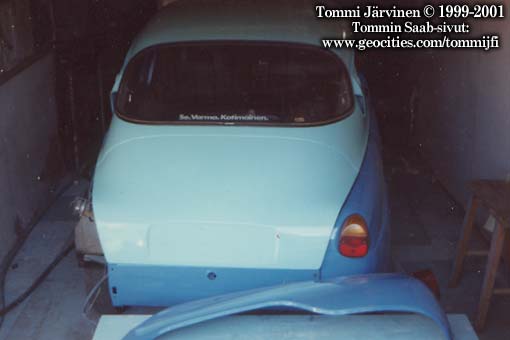 After painting: The assembly 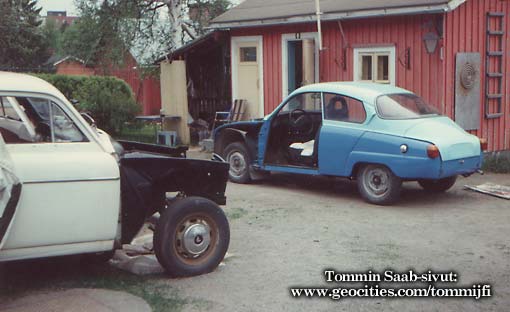 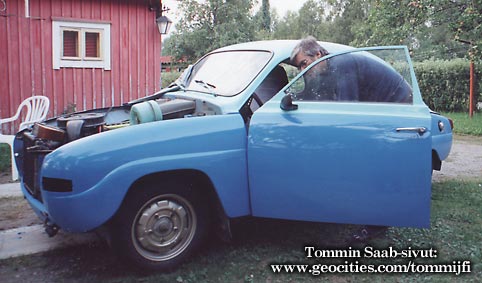 All lists and badges were stripped to get a “clean” look. The side view mirrors were also changed for something more “sporty”. 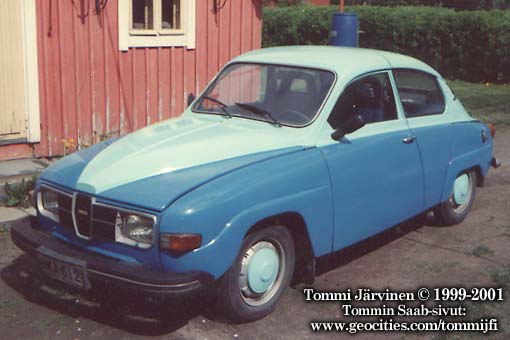 With the original bumpers and mask. 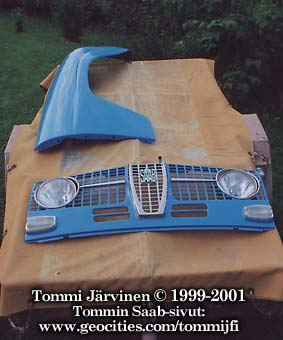 Later I acquired a new mask which was sandblasted and painted. 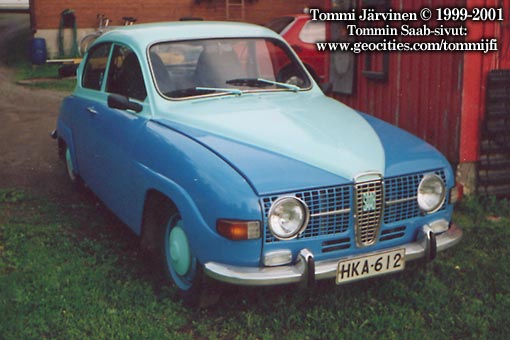 New mask and new (old) bumpers. They were left over from my fathers ’71 which was dismantled around that time. 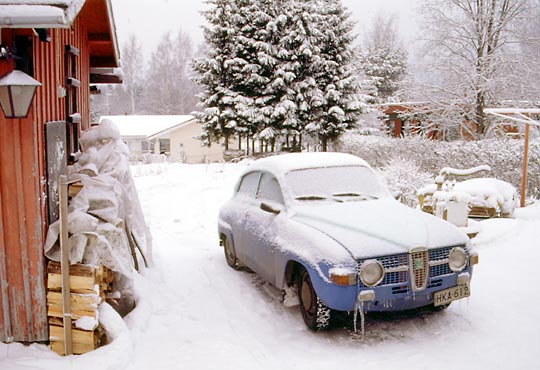 After that the car was in use pretty much year round for several years. That ofcourse didn’t help keeping it in good shape. So, as I started new studies, and subsequently, a new job, I didn’t have the means, time or money to keep it running.

Finally I sort of abandoned it to this carage I rented for a couple of years. 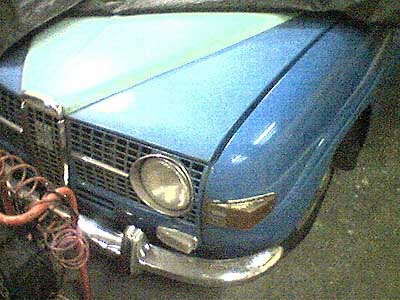 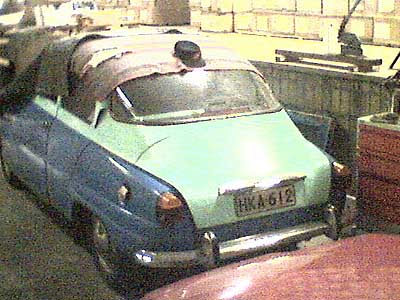 But, as times seem the darkest, all hope is not lost…