Our Saabs (Well, some of them).

Here’s some of the Saabs my family has owned. All in all, my father had three 96’s, at least two 99 Combi Coupes and one or two Sedans, and two 900 Multi Coupes. 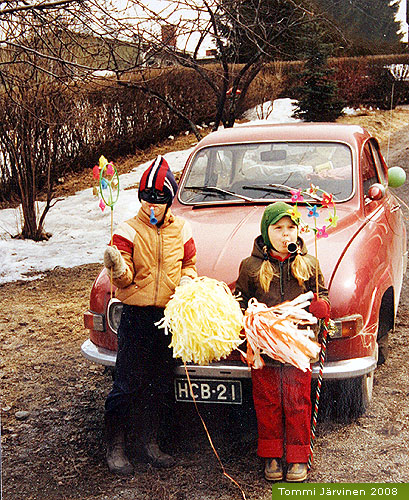 The ’71 96 dad used to have. His first Saab. We made several holiday trips in this. The car was allways jampacked with stuff. Me and my sister used to sleep on the back seat (we were so small back then we slept sideways on the seat). 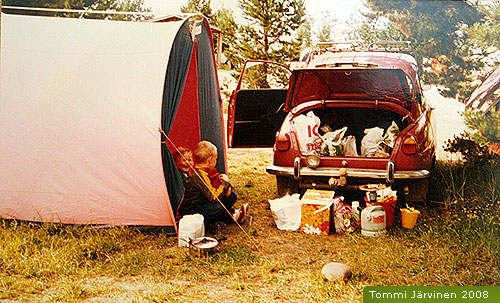 99 Combi Coupe. The 99 was a nice car. I remember it seemed huge compared to the 96. Unfortunately the model was very prone to rusting, so all of them needed welding at some point. 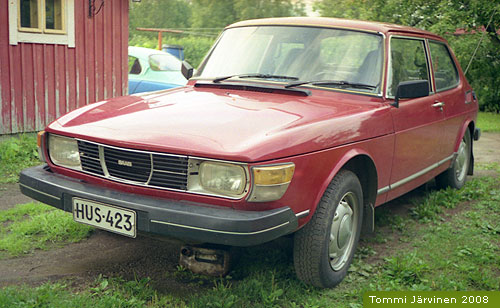 Another 99, Sedan this time.

I think we had about three or four RED saabs in a row for some reason. Mother was the one who demanded that the next car had to be some other color.

I really liked the Emerald Green back then. And I still do think it’s one of the nicest colors you could get on the 900. 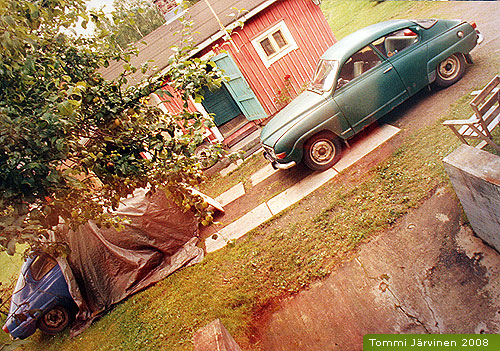 This green ’75 96 I bought and fixed, and drove it around for few years. One time it left me on the side of the road some 200 kilometers from home (the intake manifold had become a bit loose and coolant leaked to the cylinders causing the engine to stall).

A few months before that I had lost the bearings of the balance axle in the engine. The axle was shot but thankfully the block wasn’t damaged. So we bought a new axle and bearings and that was that.

Later I sold the car for twice the money I paid for it. 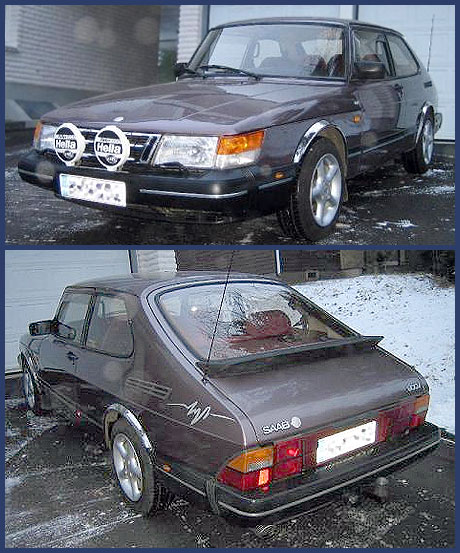 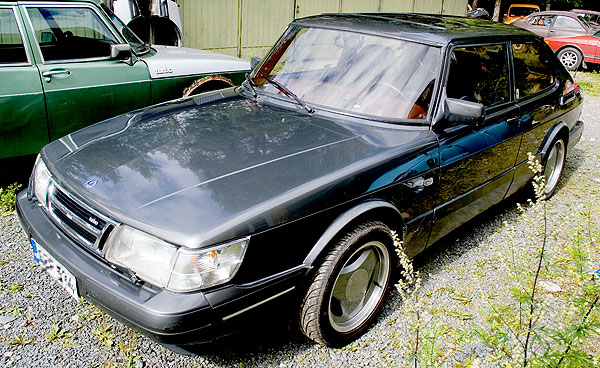 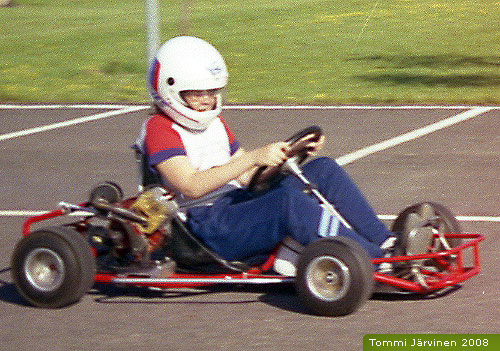 Not a Saab, but me and the go-kart dad built in the 80’s. It had a chainsaw engine with a no clutch, so it had to be pushed to start. Unfotunately it got too small for me way too soon… Great fun while it lasted!