I bought this ’65-’66 engine for spare parts, but it appears to be in relatively good condition (internally). Maybe I’ll just clean it up and use it. 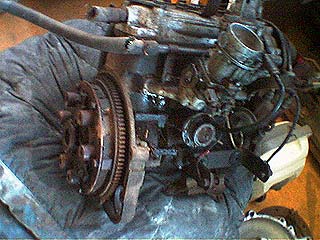 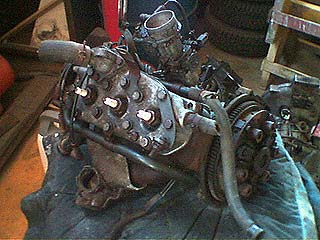 Update: I took the engine apart. 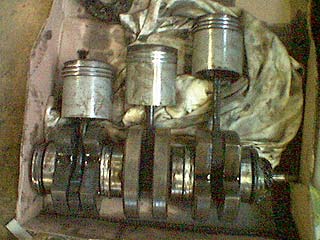 It’s in great shape! Even after spending years under a tree (in an abandoned longnose) and a couple of decades stored in a barn, it’s basically in running order. All bearings are tight, no damage. Cylinder walls are smooth.

After some more examination, it was determined that the propable reason the car was abandoned back then was air leakage in the carburetor. There was considerable play in the throttle pin which caused the engine to get too much air. Thankfully this has not caused so much overheating that the pistons would have seized. 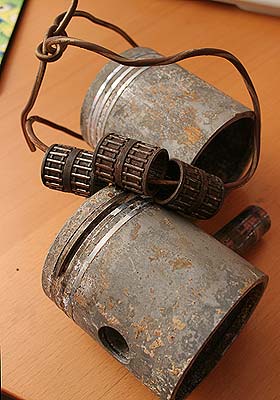 I think I need new pistons and bearings… 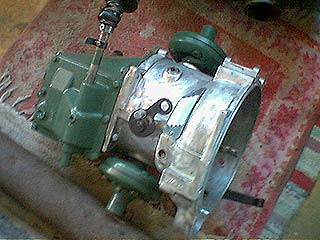 Here’s how to differentiate the gearboxes: 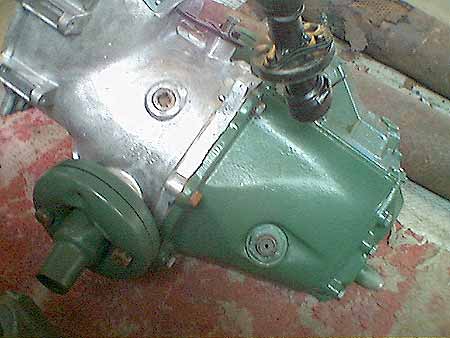 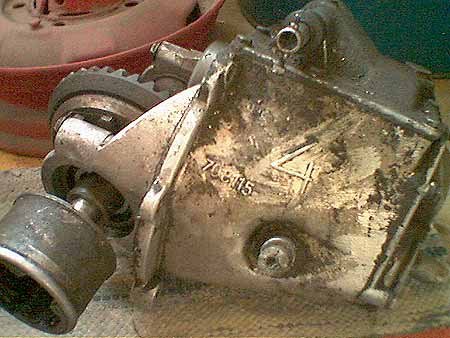 The 4-speed gearbox for newer strokers and early V4 (up to about 1967). Very easy to tell apart, there’s a huge “4” in the casing. This has the differential and drive shafts of a V4. 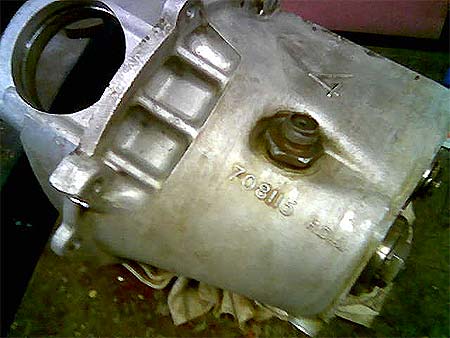 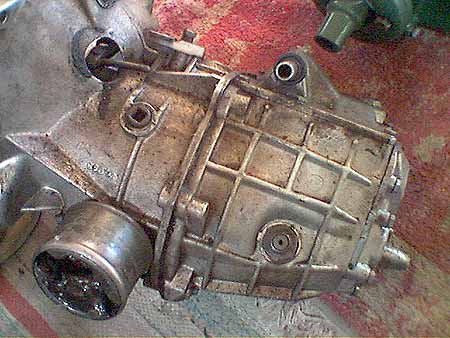 The standard V4 gearbox, easy to tell apart from the earlier ones. Raised lines on the gearbox and differential case.