Fitting the Saab 99 alternator took a little effort. None of the mounts were directly usable so we had to make a new lower one and modify the top one: 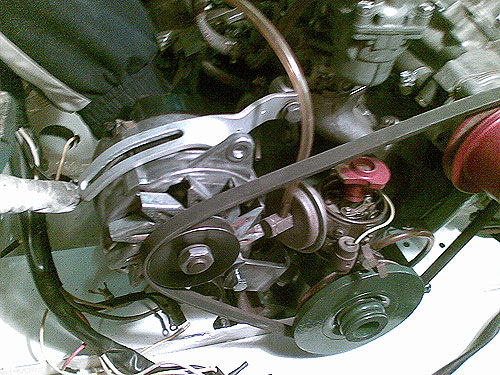 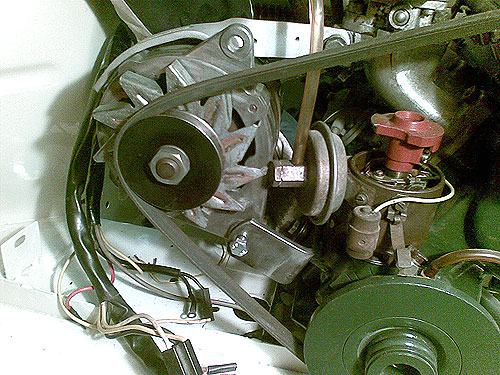 The lower mount was too far back so we made a new one that moved the alternator forward about 5 centimeters to line up the belt. 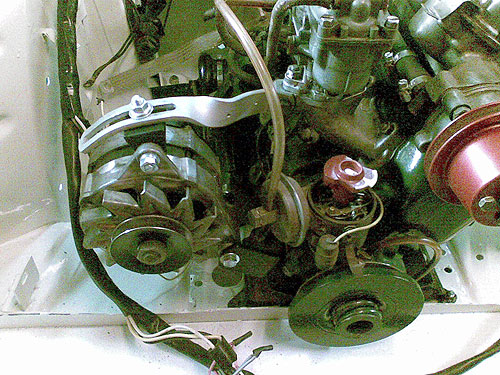 A little adapter piece was also made for the upper mount. Not the most elegant solution but now everything lines up – I may redo the upper mount at some point but that’s ok for now.

The temperature gauge sending unit was also a bit of a problem. I had no sending unit for the VDO gauge I want to use and couldn’t get one easily (the guys at the local part shop didn’t find one either) so I decided to go with a V4 sending unit. I knew it would work since I have had a stroker dash and instruments in my V4 for ages.

The only problem was that it’s a different thread so an adapter was needed. 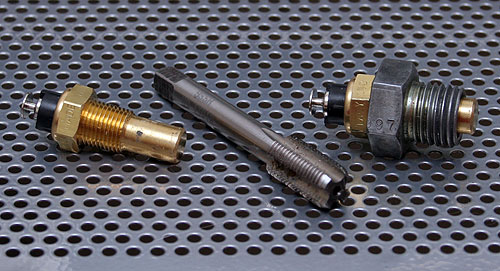 Dad made an excellent job on recycling a broken sensor unit from a Mitsubishi Pajero gearbox. It had the same outer thread as the stroker so it was drilled out and tapped for the thread used in the V4 sending unit.. 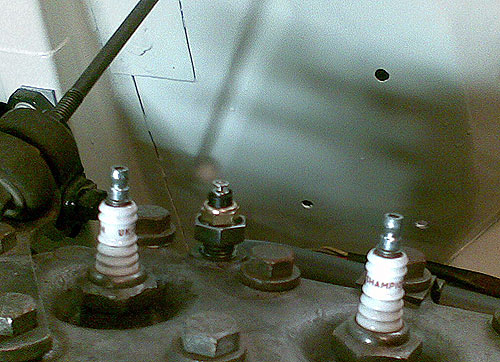 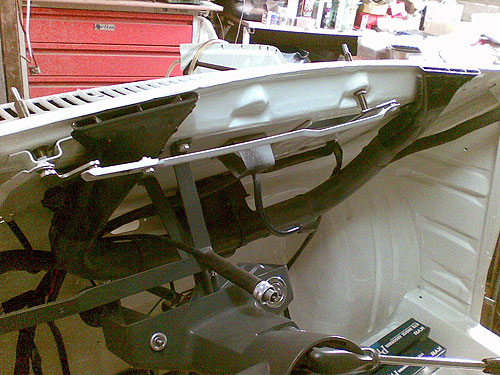 The original cloth-covered tubing was totally destroyed to begin with so I replaced them with the newer plastic tubing. Not totally correct but most of it is hidden behind dash… And as the car is not historically correct anyway (given the engine etc.) I decided to go with it. 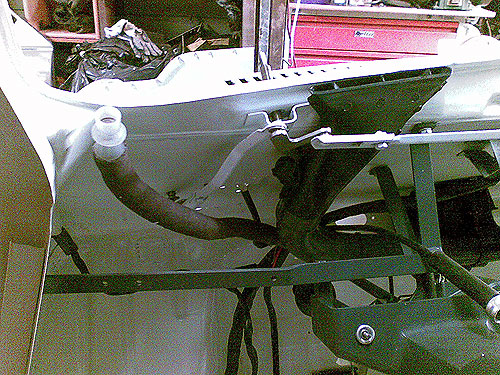 The original windshield wiper mechanism was stuck and badly worn so I sourced new parts from several V4s. Seems to work nice now:

Fixing the electrics took some effort since there are quite a few differences to the original. Some of it was due to the fact that the 1964 wiring diagrams were just a pain to figure out – they are poorly marked compared to later years.

But mainly it was because my wire harness was made of two different sections – in the cabin the wiring is 1964 but in the engine room it’s 1966. The differences are small but annoying – like some wires that in 1964 are white are grey in 1966 etc… And there are a couple more wires in the 1966 bit than in 1964. And ofcourse since I wasn’t planning on using the 1966 section as I removed it from the spare parts car I didn’t mark anything up… (If you ever remove the wiring of a car mark every single wire carefully). 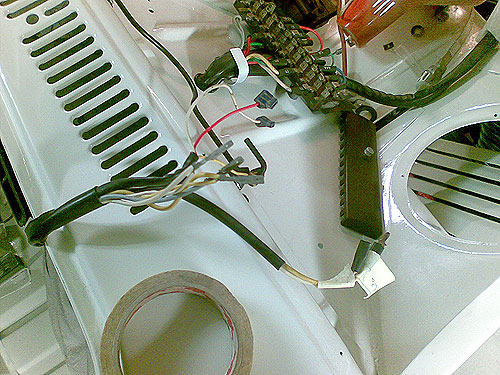 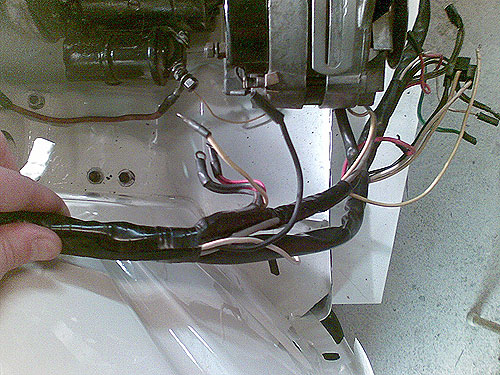 Some further figuring out was caused by the fact that I put in a “modern” alternator (actually a way old Marchal alternator) instead of the original DC generator.

Originally there’s a separate charging relay but ofcourse in a newer alternator it’s built in. So some confusion as to which wire is which (Especially; where does to magnetizing current go – there seemed to be no connection for it, until I realized the Marchal is actually similar to Bosch where the magnetizing current goes through the indicator light. So if the indiciator light doesn’t light up as you turn ignition key the alternator will not charge).

Oh! Here’s a little clip of the heater motor. If you turn up the volume you can hear where they got the “Born From Jets” -slogan 😀